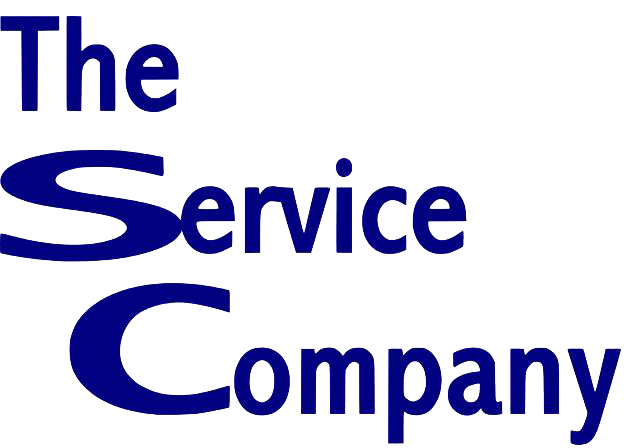 our Annual Tire Sale is back!

The Service Company's annual semi truck tire sale is back! All tires in all sizes are on sale for the month of July. Including drive tires, steer tires, trailer tires, and lift axle tires. We also install tires! Come by our shop to see what's available. 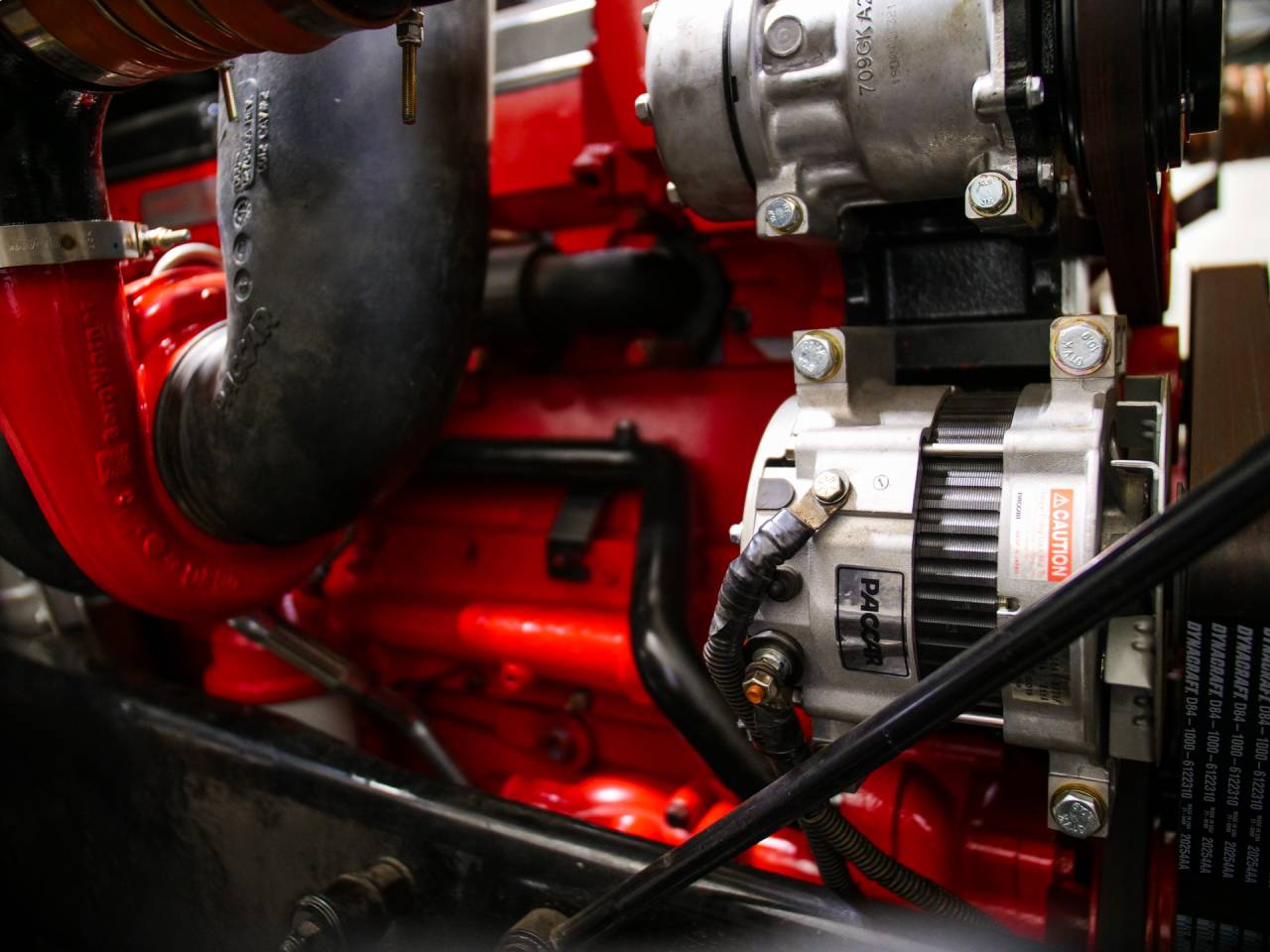 There are few engines as capable or as fuel-efficient as the Paccar MX 13 turbo engine. Designed specifically for the needs of truckers, this engine is ideal for transporting large loads over long distances.

The Paccar MX 13 turbo engine has a turbocharger that generates much power and torque, making it easy for trucks to tow and carry large loads. With this engine, you won't have to stop for diesel for a long time because it is exceptionally fuel-efficient.

If you're looking for a new truck, the Paccar MX 13 turbo engine is an excellent choice. What a beast of a machine this is. It stands out from the crowd thanks to a slew of unique capabilities. For starters, it has an incredibly powerful turbocharger.

That means you'll be able to haul and pull loads with ease, no matter how rugged the terrain. Because it's quiet and smooth, the engine allows you to concentrate on what you're doing and enjoy the open road.

How to install a Paccar MX 13 turbo in your truck

To begin, remove the old turbocharger from your truck. Use a hex wrench, which you can get from most auto parts stores. Using the wrench, remove the two bolts holding the turbo in place, and then gently pull it out of the vehicle

Clean the area where the turbo was installed next. The new turbo needs to be protected from dirt and debris. You can begin installing the new turbo once the area has been thoroughly cleaned.

Reverse the process you used to remove your old turbocharger. The first step is to install the new turbo with the help of the hex wrench. Next, reattach the hoses leading to the turbocharger. To wrap things up, simply replace the engine cover.

Changing your truck's turbo is a simple task that can be completed in minutes. You can get your truck back on the road with a little bit of effort and work.

The benefits of using a Paccar MX 13 turbo engine

Having a Paccar MX 13 turbo engine in your truck has numerous advantages. You'll save money on fuel, for starters. In addition to being extremely dependable and long-lasting, the engine has a low failure rate.

With it, your truck's performance will soar to new heights. It is the best engine available.

How to maintain a Paccar MX 13 turbo for optimal performance

By following these simple tips, you can keep your Paccar MX 13 turbo running like new for years to come.

The Paccar MX13 turbo engine is a powerful engine that will provide excellent performance for your truck. However, though rare, it can have problems from time to time.

One of the most common Paccar MX 13 turbo problems is a decrease inpower. Many factors can contribute to this, including an air leak in the intake system, low fuel pressure, or a clogged air filter.

If you're having this issue, make sure all your seals and gaskets are in good shape and your fuel pressure is acceptable. It's also possible that you'll need to replace your air filter.

Another common issue with the Paccar MX 13 turbo is boost loss. This can be caused by various factors, such as an intercooler leak, a low turbocharger shaft speed, or a faulty wastegate.

If you're having this issue, make sure your intercooler system isn't leaking and that your turbocharger shaft is spinning correctly. Your wastegate may also need to be adjusted or replaced.

Who should consider purchasing a truck with a Paccar MX 13 turbo engine?

A Paccar MX 13 Turbo engine can be an option to consider if you're in the market for a truck. To assist you in making a decision, examine the following factors.

First and foremost, what is it that you want? The Paccar MX 13 Turbo engine is an excellent option if you need a vehicle that can tow a lot of weight. It's strong and long-lasting, so it can withstand everything you throw at it.

However, if you're only utilizing your truck for personal purposes, such as weekend getaways or grocery shopping, you may not need as much power as you think. A truck with a less powerful engine might be a better option in that instance.

Another factor to consider is your financial situation. A truck equipped with a Paccar MX 13 Turbo engine will be more than the cost of a truck without one. 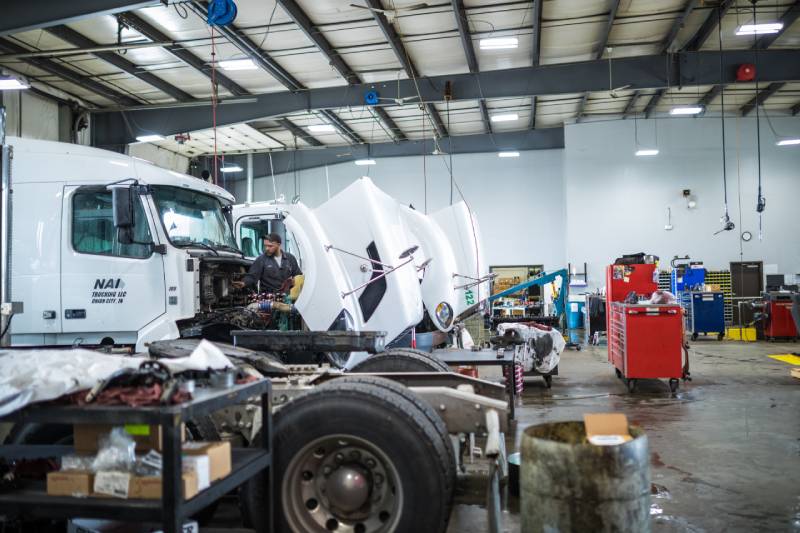 Today we’ll be discussing everything you need to know about your truck’s coolant system, including its anatomy, how it all works, and what symptoms to look out for should it start to malfunction. 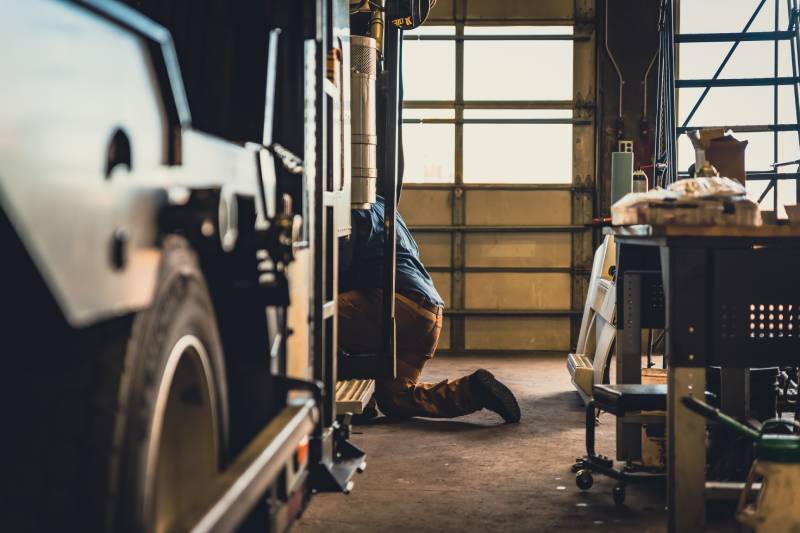 6 Indicators That Your Heavy-Duty Truck Needs A Wheel Alignment

In this blog post, we will discuss six common indicators that your heavy-duty truck needs a wheel alignment. Keep reading to learn more! 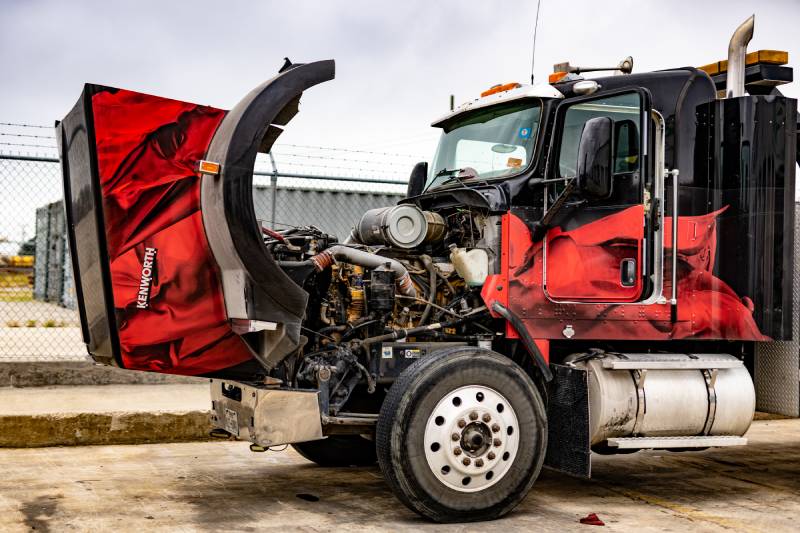 It’s important for fleet managers and drivers to be able to identify wear and tear when it happens. Catching problems early can save you a lot of money in the long run, and for those who push the boundaries of their preventive maintenance regimen, that know-how is a necessity. Let's examine some of the most typical Kenworth repairs that fleet managers encounter. 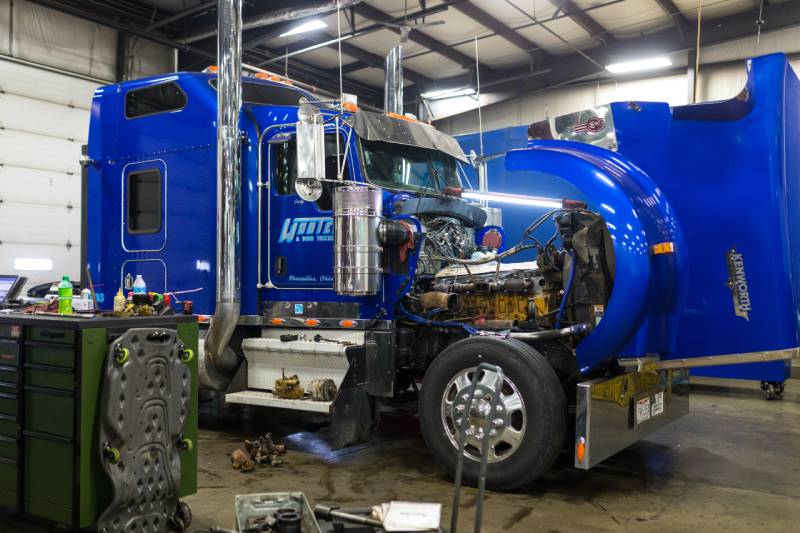 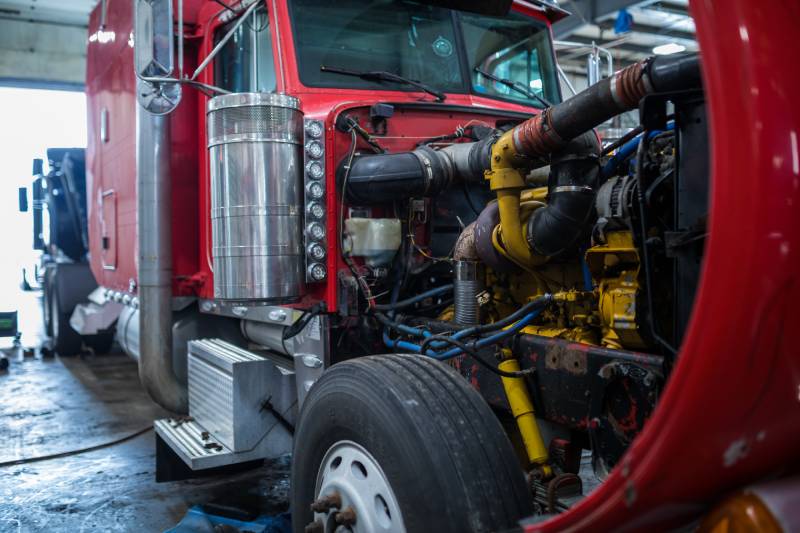 There are several ways in which you can actually improve your truck’s performance as well, rather than maintain its factory power output. Here are seven excellent suggestions to help you enhance and even maximize the performance of your heavy-duty diesel truck. 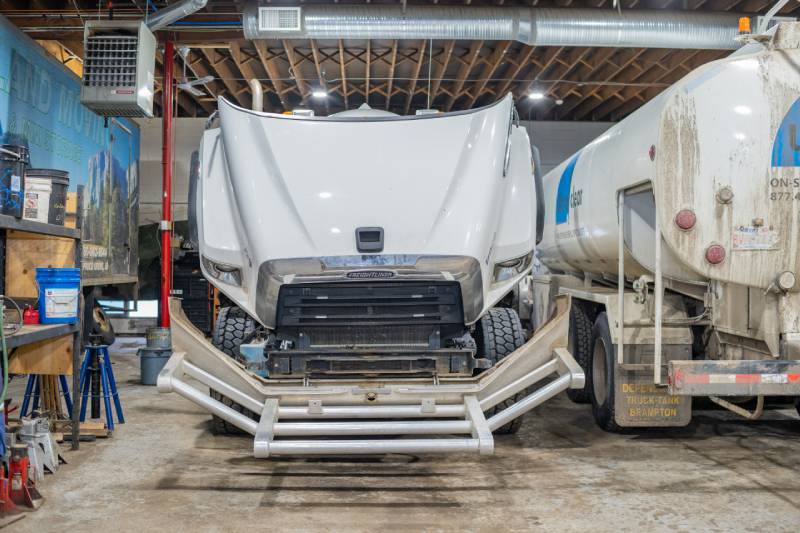 5 Tips For Preventing Common Trucking Breakdowns For Your Freightliner Truck

Through a combination of preventive maintenance and careful inspection, you can ensure your Freightliner truck continues to run at peak performance and efficiency for years to come. To help you undergo this process, we’ve put together a series of steps that if followed, will prevent unexpected breakdowns and save you money. 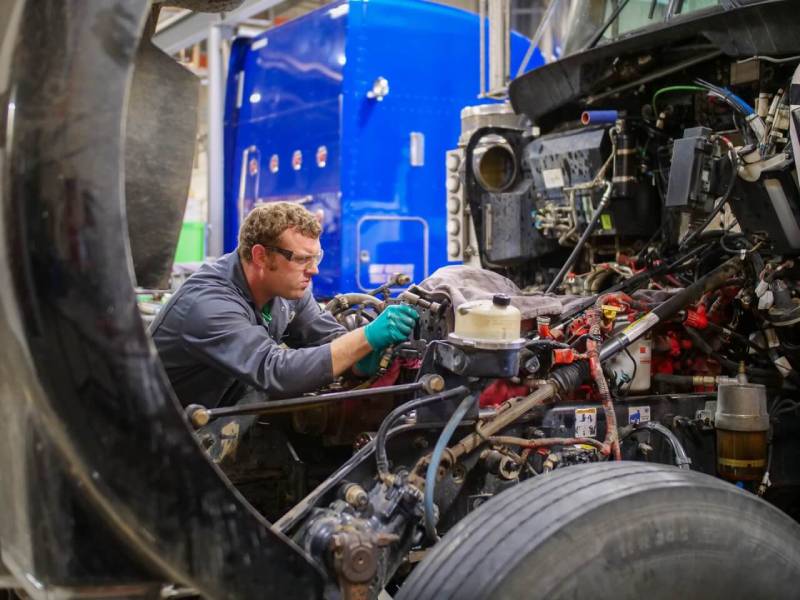 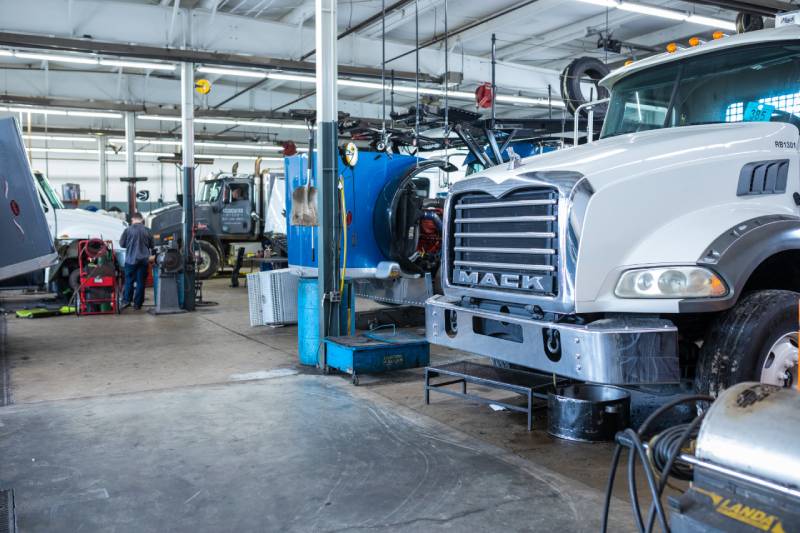 You often rely on your heavy-duty truck to travel hundreds of miles every day, and because of this, it’s important to ensure that your wheels are properly balanced. If you don't, you may face unpleasant repercussions. Finding the right diesel repair shop to perform wheel balancing can sometimes prove to be difficult. We've put together a list of 4 things to consider while looking for a wheel balancing service provider. 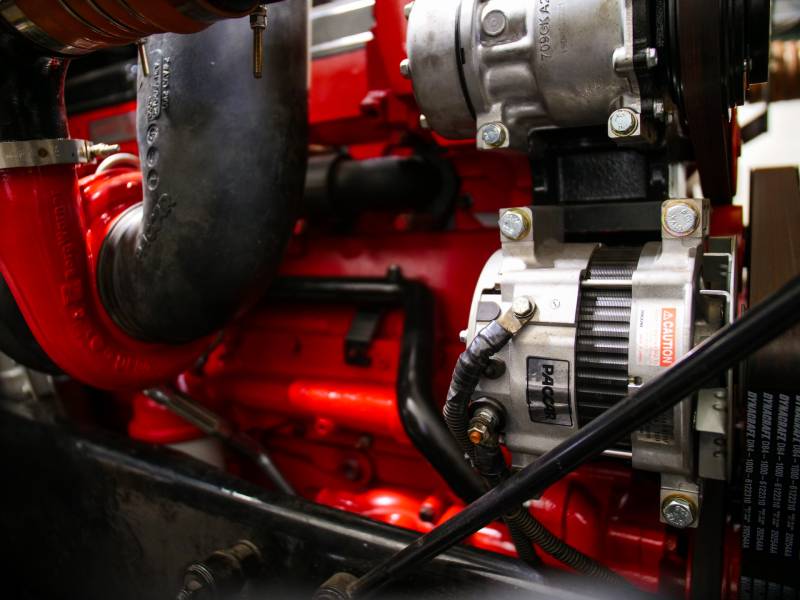 There are few engines as capable or as fuel-efficient as the Paccar MX 13 turbo engine. Designed specifically for the needs of truckers, this engine is ideal for transporting large loads over long distances.